In an area mostly dominated by 1-4 family homes at the last stop (or the first stop, depending on your perspective) of the 2 line a development has been proposed that is rather out of character for the neighborhood.

YIMBY reports that the proposed development located at 700 E 241st Street, adjacent directly next to the 241st Street Station on the 2 line, will include 416 residential units, ground floor commercial retail space, and community facilities.

The building will be over 400,000 square feet and 9 stories tall if approved and due to the fact that the lots would have to be rezoned, 255 of the units would have to be permanently affordable, however, the remainder is proposed to be market-rate. 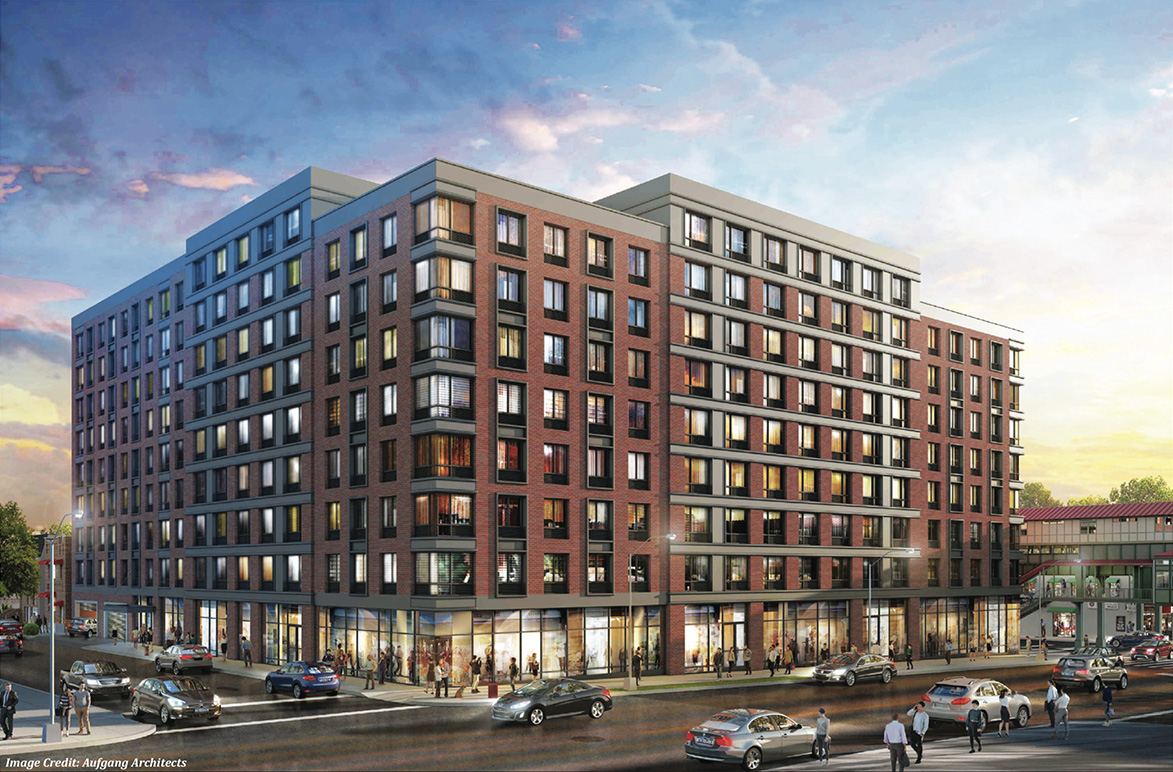 Parking is also included in the proposal for approximately 100 vehicles.

The site is also located just 7 blocks away from the Wakefield Metro North Station.

No completion date is set as the site would require zoning approvals first which can take a considerable length of time.

If approved, this would dramatically change the character of the neighborhood and in particular, the intersection of White Plains Road and 241st Street.