We usually don’t go there but we have to talk about the racist Bronx principal at Intermediate School 224 in Mott Haven.

First of all, hate has no place in The Bronx nor does racism. We are a diverse borough from all walks of life and every corner of the globe. That’s one of the many things that makes The Bronx so amazing.

Throughout my years writing and running Welcome2TheBronx, I have witnessed the ugly side of our borough and cowardly individuals who hide behind their keyboards to spew hatred about anyone different from them.

Whether it’s the skin color or country of origin or the god they choose to worship or not, it’s no excuse. 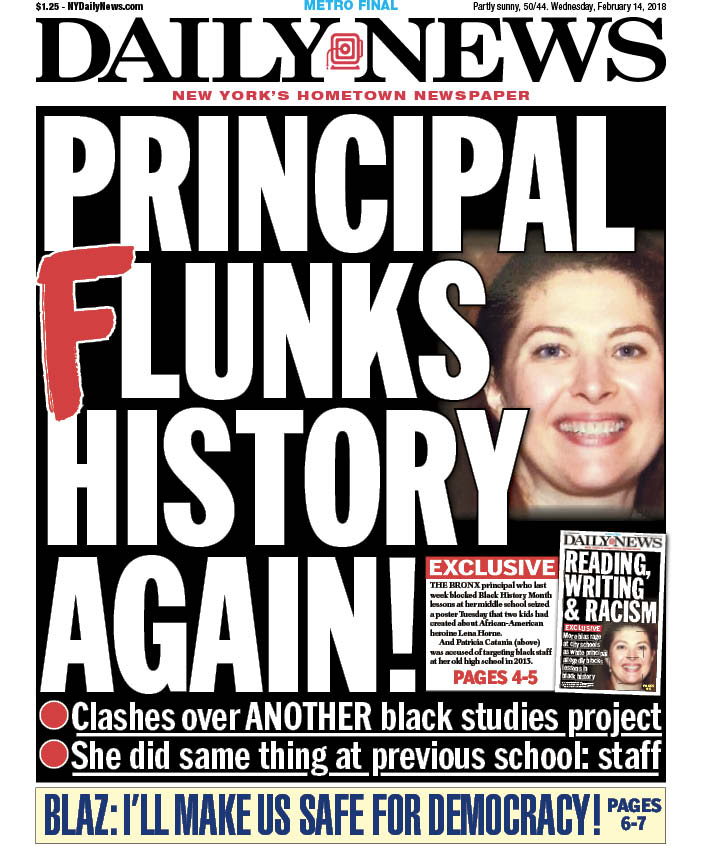 Happily, the overwhelming majority of those I’ve met across our beautiful borough do not share these ugly sentiments.

Patricia Catania, the principal at IS 224, however, is one of these hateful people. It is baffling that she is allowed to remain in such capacity after her campaign against Black History month.

In a school where kids are 90-95% Black or Hispanic, how do you ban the one time many get to learn their own histories?

Now, after Catania found herself in hot water over the incident, she continues her racist attacks.

This time she confiscated a Black History Month poster students created celebrating Lena Horne. Catania gave no reason as to why she confiscated it but eventually returned it.

But this isn’t an isolated incident.

According to individuals at previous schools she has worked at, she has a history of racism.

Teachers and staff at IS 224 claim she has created a hostile environment not just for staff but students alike.

There is no room for a racist Bronx principal or racism in our borough.

Building a Vibrant Literary Community in The Bronx