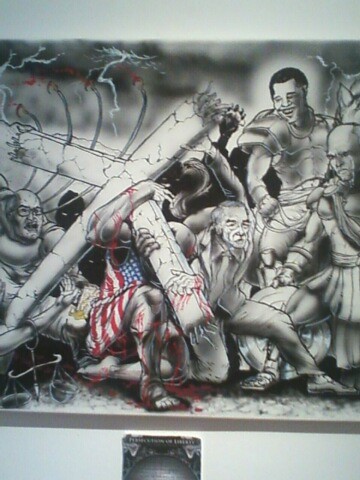 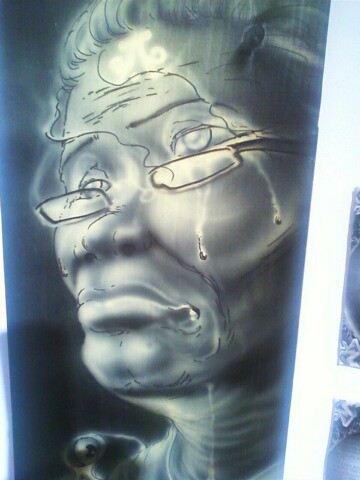 LDR Studio Gallery is proud to present
“The Price is  Life”
May 5th, 2010 Opening Reception
5:30 p.m. – 12:00 a.m.
curated by: Luis D. Rosado
The duo comprised of Dude & Magnus have devised an infinite canvas which they call Conspiracy Theatre–a vehicle they use to invite a change to the apathy and mass confusion of our dying nations.  They seek to learn, educate and inspire through their creations revisiting the theme of  ‘each one teach one.’ 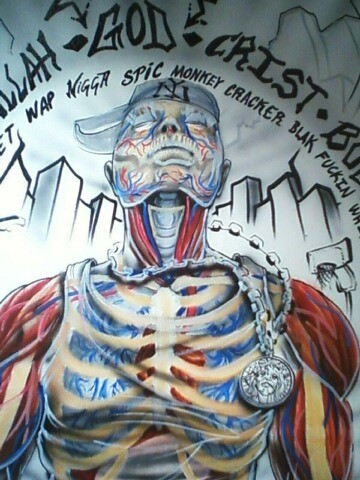 Dude was born in the Bronx and raised all over New York. He has been creating art since the age of 5.  It was then that his palette for reality itself widened beyond his ability to express it and to this day he strives to blend his knowledge of the worlds around him with the grace of his art.  Through the clarity and purity of science and logic he searches for ultimate wisdom.  As he sometimes refers to himself, he simply considers himself a visiting Vulcan accented by a Jigsaw Picasso. 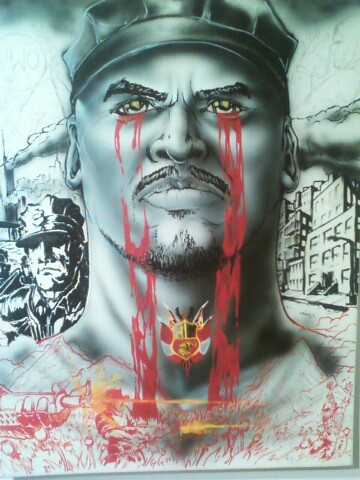 Magnus the other half of this duo was born and raised in Union Zoo of the “Dirty Jerz,” an industrial suburban town where no one ever leaves.  His environment forced him to examine his own path.  While exploring his fate to suffer he chose to be guided by his inner conscious to a higher existence.  Forging a new path he broke out to New York to begin his career as a tattoo artist. Since then his goal has been to create life enhancing art which provokes epiphanies in sleeping minds and expands the mass human consciousness.
http://www.bronxarts.org/culture_trolley.asp
Directions to 137 Alexander Ave, between 134th st & Bruckner Blvd:
Subway:
Take 6 train to 138th St./3rd Ave. and exit on 138th St. and Alexander Ave.
Walk south on Alexander Ave until you get to 134th St.
The building is on Alexander Ave. between 134th St. & Bruckner Blvd.
It’s the first building on the right hand side of the street.