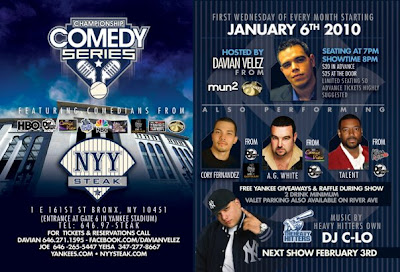 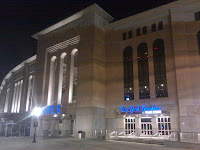 Last Wednesday on January 6th, 2010, history was made at Yankee Stadium:  Laughter brought down the house that Ruth Didn’t Build with the Championship Comedy Series.  For the first time ever, a comedy show was held at Yankee Stadium at the ritzy NYY Steak, hosted by Davian Velez of mun2 and featuring such great talents as Cory Fernandez of Def Comedy Jam, A. G. White of The Comic View and special guest Talent of 98.7 Kiss FM. 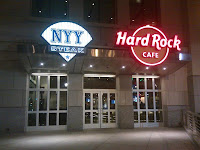 Fret not if you did not make it to the first show for there is more to come.  Rumor has it that NYY Steak and Yankee Stadium will be home to not only the greatest franchise in baseball history but will place The Bronx, The Concourse area and Melrose which is 2 blocks and a 5 minute walk from the area on the world comedy stage with the first, only and best comedy club in our great borough.  It has also been mentioned that shows will be held during baseball season immediately after a home game – to either continue celebrating if victory is had by the Yankees or drown their sorrows in laughter after a losing game.

NYY Steak is definitely the ritziest restaurant in the greater Yankee Stadium and Melrose area.  The ambiance is great with very tasteful decor.  Food is great, moderately priced and the staff is very friendly and welcoming and welcom2melrose approved place to go for lunch, dinner or cocktails.


The next show is scheduled for February 10th at 8:00PM and will once again be hosted by Davian Velez and this time guest comics will be Rich Vos, Sara Contreras and Gerald Kelly.  Advanced purchases and reservations are HIGHLY recommended as last week’s show was sold out and people were turned away at the door.  For tickets and reservations call Davian Velez at 646-271-1595 or Joe De Jesus, NYY Steak manager at 646-265-5447.


A big Melrose THANK YOU to Davian Velez for hosting such a great show and all at NYY Steak who made this show a success and possible as well as giving everyone yet another great reason to visit the South Bronx! 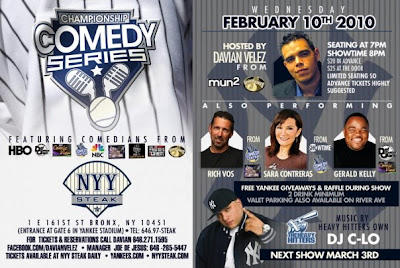 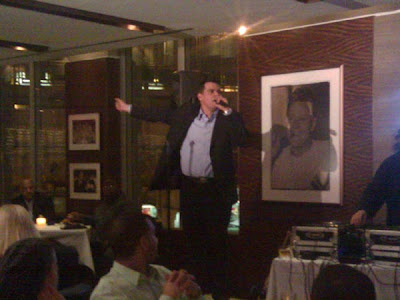 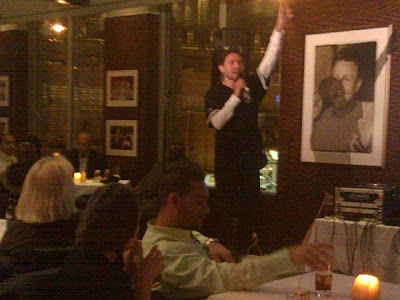 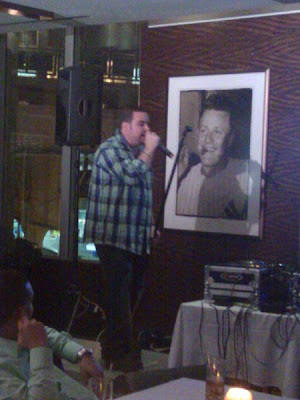 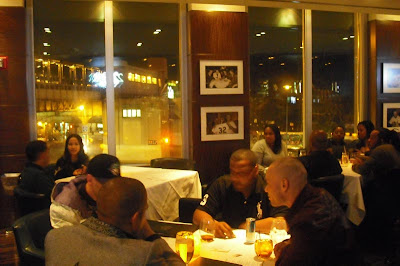 Welcome2Melrose Continues to Get Around in Local Media