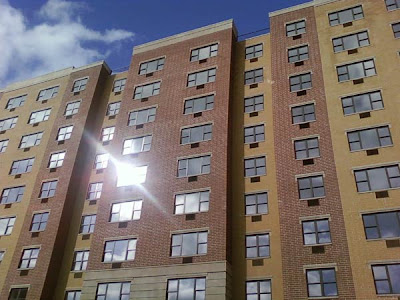 On a beautiful Friday morning this past October 30 dozens of people gathered for yet another ribbon cutting ceremony this time for affordable co-op apartments at The Solara located on Grant Avenue between 167th and 169th Streets in the East Concourse area just North of Melrose. 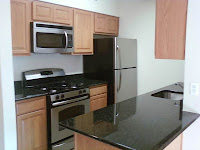 The Solara is comprised of 2 ten story buildings with 160 units of one, two, and three bedroom apartments and is luxury at affordable prices for a neighborhood starving for homeownership.  Through a partnership with developer The Briarwood Organization, who has had a long history of providing quality affordable housing in New York City, The New York City Department of Housing Preservation and Development (HPD) and the New York State Affordable Housing Corporation the dream of owning a home has come true particularly for Denise Mariso a single mother of two. 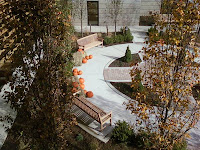 Denise Mariso, a Bronx native who currently lives in Staten Island was one of the lucky 4,516 applicants who applied for a chance at the American Dream to become a homeowner.  After being dismayed by so many unaffordable options she stumbled upon an ad for The Solara and was relieved to find income guidelines for quality, and luxury housing that were realistic for the working class.  Ms Mariso, who works at Lincoln Hospital on East 149th Street and Morris Avenue will now have a commute of just 20 minutes – an hour less from her 1 hour and 20 minute commute from Staten Island she currently endures – almost three hours of her day.

And it’s not just the new homeowners that are excited but also local residents are happy to see such a project go up in their own backyard.  Carmen Negron, a resident of 26 years at a rental property directly across the street says she is, “…happier than ever to have new neighbors who are homeowners” and looks forward to the continued revitalization of the East Concourse area.  The superintendent in the same building, Romeo Ortiz feels that with the new building and residents, “the area will improve and bring new life and business to the area as well.” 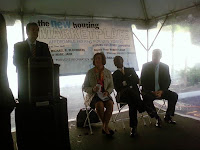 As Bronx Borough President, Ruben Diaz, Jr. has so often eloquently mentioned, Denise is one of the many stories that needs to be told and heard around the world…of the new Bronx.  Not the Bronx that 32 years ago Howard Cosell declared was burning in the 1977 World Series but of The Bronx that is in a state of unprecedented renewal and growth.  She is a Bronxite come back home because of organizations like Briarwood, HPD and city officials like Ted Weinstein, Director of Bronx Planning for HPD, Ruben Diaz, Jr, Bronx Borough President who believe not only in The Bronx but the PEOPLE of The Bronx.  As of this writing, 152 of the 160 units have been sold.


So once again, a big Melrose THANK YOU to Vincent Riso of the Briarwood Organization, Bronx Borough President, Ruben Diaz, Jr., Marc Jahr, President of HDC, Ted Weinstein, Director, Bronx Planning from HDP, HPD Commissioner Rafael E. Cestero and all the countless others who made this dream come true. 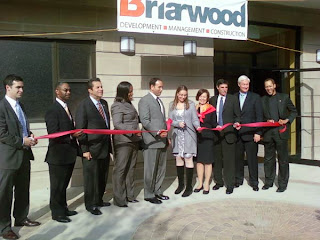 Ms. Denise Mariso (center) and her two children (not shown) were on hand as guests of honor to assist in the ribbon cutting ceremony along with Bronx Borough Presid
ent Ruben Diaz, Jr, Briarwood’s Vincent Riso as well as City and State officials. 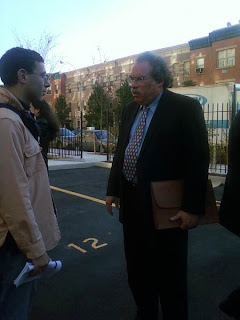 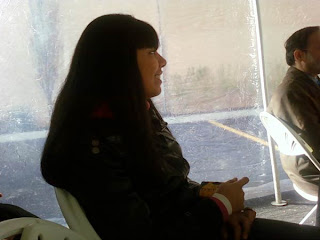 Ms. Mariso’s daughter proudly looks on as her mother speaks during the ceremonies. 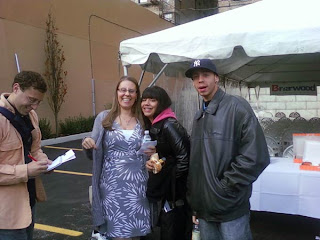 Denise Mariso and her two children. 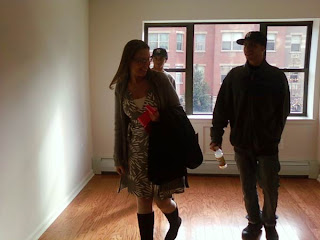 Taking a look at their new apartment. 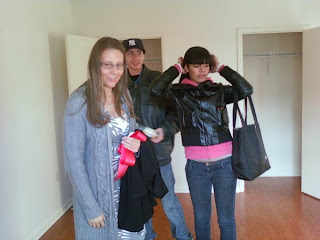 Checking out the master bedroom. 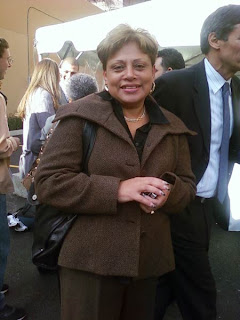 Olga Villanueva, head of the sales team who successfully to date has sold 152 of the 160 units for sale.
Facebook Comments
Previous Article

Phillies Fans Partied on Thursday but Yanks Were Victorious

Make Sure to Vote Today!!!