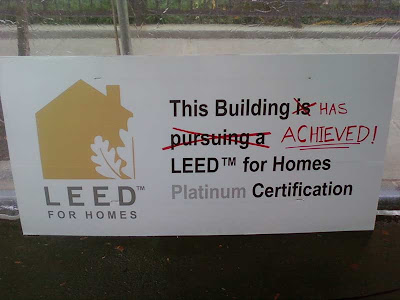 Yesterday, October 27th, The Eltona was filled with local politicians and New York City officials as well as New York State agencies gushing over the project – and with great reason.  As yesterday’s entry mentioned, The Eltona is the first affordable housing building to achieve Platinum LEED Certification which means that it has the highest out of four possible levels of certification for environmentally sustainable construction.  One of the best facts which was revealed yesterday was that 86% of all new green building initiatives in New York State are right here in The Bronx.  We always knew we that we were the greenest borough with over 24% of total land area as parks (Staten Island is a distant 2nd at 18% and Brooklyn…that borough were people spend vulgar amounts of money to live is only 8% parks…how sad) Oh and did I mention that The Bronx has the “largest percentage in the COUNTRY of green space for an urban area? But I digress.


A big Melrose THANK YOU is in order for all those who have made The Eltona possible but not limited to: Ted Weinstein, Director, Bronx Planning for the Department of Housing Preservation and Development, Les Bluestone, President of Blue Sea Development, Inc who has a long history of building such great developments here in The Bronx, Ruben Diaz, Jr, Bronx Borough President for his commitment to such projects which empower our local residents with a sense of pride and hope for a positive future and to all those I did not mention, this project could not have been done without you. 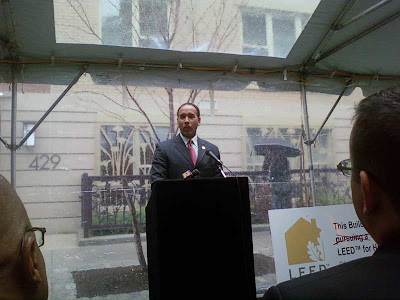 Bronx Borough President Ruben Diaz, Jr speaks about how our story in The Bronx needs to be told – that we are rising from the ashes and have become a model to the world on how urban renewal can be done the right way.  32 years after Howard Cosell infamously told the world, “There it is ladies and gentlemen, The Bronx is burning” we can proudly say that The Bronx is BOOMING.  Mr Diaz Jr. hopes that maybe during this world series the cameras can take a look at The Bronx and tell them what we know to be true…that we have risen from the ashes. 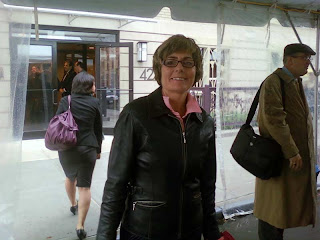 Béatrice Coron, local NYC artist who designed the ornamental fencing and ironworks for The Eltona 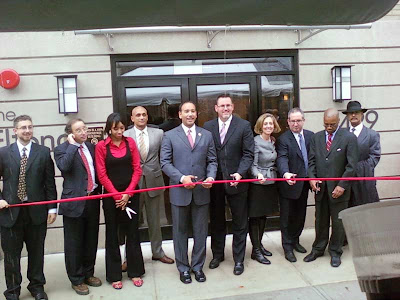 Les Bluestone explains to Borough President Ruben Diaz, Jr. the workings of the wind turbines on the roof. 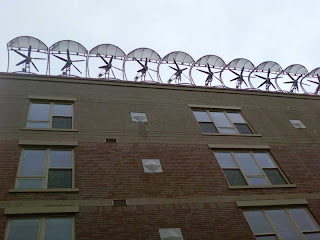 The talk of Melrose and The Bronx – The Wind Turbines! 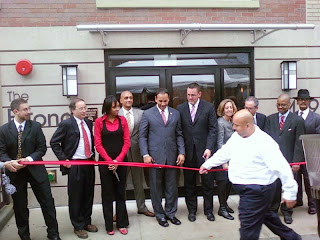 The Eltona’s resident superintendent, Ivan, makes sure that the ribbon is in place. 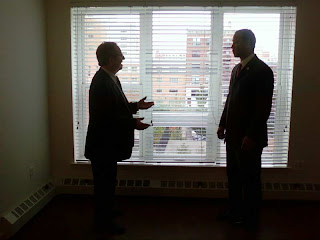 Mr. Bluestone here is explaining the energy efficiency of the windows in one of the units to Mr. Ruben Diaz, Jr. 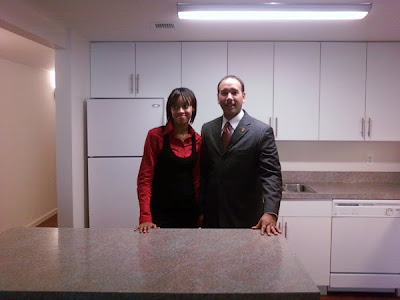 Ruben Diaz, Jr. with proud new resident who is one of the lucky individuals to from the area to have been selected to live here. 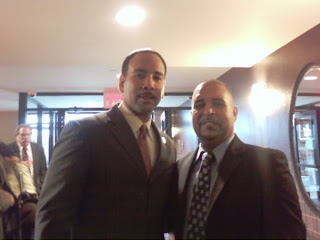