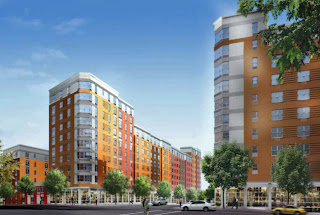 According to Courtlandt Corners’ architects, New York City based Dattner Architects, the project will consist of two sites directly across each other on East 161st Street and you guessed it, Courtlandt Avenue. The 323 apartments will consist of studios, 1, 2 and 3 bedroom units with a majority of the units being 2 bedroom units. Before construction began, over 10,000 cubic yards were removed from the site to cleanup the “brownfields” located at the sites due to petroleum leak discovered back in 1994. 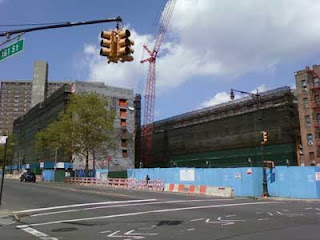 Once completed, along with Boricua Village which is 2 blocks over, Courtlandt Corners I & II will transform the East 161st Street corridor leading into the heart of civic life in The Bronx from a rundown street to a beautiful buildings, trees and new storefronts for area residents and employees as well. Both of these projects will serve as anchors to the Northern boundary of Melrose which has been long neglected throughout the last 40+ years.
A big Melrose THANK YOU to Phipps Houses and Dattner Architects for breathing new life into the area with its beautiful architecture for affordable housing.
Facebook Comments
Previous Article

Real Estate Values in Melrose on the Rise According to Zillow